Steelasophical Supports LGBT or GLBT, is an initialism that stands for lesbian, gay, bisexual, and transgender. In use since the 1990s, the term is an adaptation of the initialism LGB, which was used to replace the term gay in reference to the LGBT community beginning in the mid-to-late 1980s.

You can Call me direct on phone number 07540 307890 and I will be more than happy to talk you through any questions or help you find the solutions that will help you in planning and organising your big day. Steelasophical services makes it easy for you to plan the music for your perfect day.

Having spent many years in the wedding industry, I can talk to you on almost every subject relating to planning your wedding event entertainment. I am here to help and possibly guide you through the mine field that is planning a wedding. Consulting me is free of charge and I am committed to offering advice and possibly direct you to the correct supplier for your specific need in your local area to help you create the perfect wedding for you and your partner. 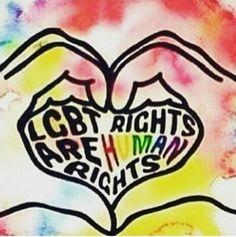 More than 15,000 same-sex marriages have taken place in England and Wales since it became legal to do so, but the wedding industry still has far to go in catering for them, say experts.

There were 7,366 ceremonies for couples not already in a civil partnership, and 7,732 who converted their existing civil partnership into marriage, according to the Office of National Statistics. Yet as the business around same-sex marriage grows, there was criticism that the wedding industry as a whole has been slow to respond to this lucrative market.

“It is still waking up. There is a long way to go,” said Gino Meriano, founder of gayweddingshow.co.uk, which organised six gay wedding fairs across the UK last year. “If two women go into a bridal shop, do not assume one is the bride and one is the chief bridesmaid. Which happens. A lot,” he added.

Since the Marriage (Same Sex Couples) Act was introduced on 29 March 2014, with the first ceremonies taking place moments after midnight, 15,098 same-sex couples legally married during the period up to 30 June 2015, with 55% of ceremonies being between women, and 45% between men.

Laura Metayer, who founded Mrs & Mrs Products, specialising in same-sex wedding cards, invitations, personalised gifts and cake toppers, started her website four years ago when she and her partner had a civil partnership “because we couldn’t find any products ourselves”.

According to a survey by marketing and research company Out Now Consulting, a total of 868,000 gay men and lesbians in the UK are expected to marry over the next 15 years. Taking an average of £20,983 per ceremony, “that implies the UK gay and lesbian weddings market to be worth £18.2bn during the next 15 years”, CEO Ian Johnson said.

Meriano, whose company produces Pink Weddings magazine, distributed at the gay wedding fairs he arranges, said the indications were that there would not be a dramatic rise in the number of same-sex weddings. The market was worth an estimated £570m between 2005 and 2013, before the legalisation of same-sex marriage, and an estimated £62m in 2013, he said.

“The wedding industry is five or six years behind,” he added. “Many of those who exhibit at the gay wedding fairs do not have products specific to same-sex weddings. It’s got to wake up,” he added.

For your wedding day music solutions

British immigration law has, over recent years, become increasingly complex and it is now very difficult to provide a general guide. You must read the Immigration Rules and any related guidance before making an application and shouldn’t rely on this guide alone.

It’s traditionally been UKLGIG’s position that those with ‘straightforward’ applications should be able to make an application without the help of a legal advisor. We now believe that the need for specialist advice has increased due to the complexity of the rules introduced by the UK Visas & Immigration (UKVI), particularly since July 2012. [Note that we refer to both ‘The Home Office’ or its subsidiary ‘UKVI’ on this page. No difference is implied.]

This guide is a starting point to make the Immigration Rules more accessible but shouldn’t be your only source of information. The word ‘leave’ is used extensively on this page. ‘Leave’ is the term the Rules use to mean permission to stay in or enter the UK.

Registering
Whether you plan to get married, or form a civil partnership, you must first give notice of your intention to a register office in the area you have lived for at least seven days. Notices are publicised by the registrar, and these details will not include the couple’s address when registering a civil partnership but will when registering a marriage. Notices are displayed for a period of 28 days.

For couples where one or both partners are a non-EEA national, with limited or no immigration status, the notice period can be extended to 70 days.

What happens during the ceremony?
Marriages are formed by saying a predetermined set of words, whereas for civil partnerships there is no legal obligation on the wording used. A civil partnership is formed by signing a civil partnership document. For both, couples will need a registrar and two witnesses. They can choose to incorporate a ceremony which might include vows, readings and music.

The minimum age for any person wishing to enter a marriage or civil partnership in England and Wales is 16 years old, and anyone under the age of 18 will require written permission from their parents or guardian.

Religious ceremonies
It is not possible to include any religious content in a civil marriage or civil partnership ceremony. Either can take place in a register office or any licensed premises in England or Wales.

In March 2010, the House of Lords supported a cross-party amendment to the Equality Act, to permit religious denominations who wish to hold civil partnership ceremonies on their premises the right to do so.

Certificates and surname changes
The couple will be issued with a certificate of marriage or a certificate for a civil partnership. These are all that are needed to show a name change if one party changes their surname to their partner’s. Couples can decide to keep their own name. Couples who choose to double-barrel or merge their surnames, or to change it to something new altogether, will need to apply through Deed Poll to do this.