now booking into the next 3 years!

Steelasophical is a perfect blend of live band and mobile Dj. Gary Trotman performs on beautiful Caribbean steel drum instruments accompanied by backing trax music from more than 14 genres. It has and continues to, take the Steeldrum to opportunities, locations and events never seen before. Blending the traditional Steeldrums with the highest quality technology to present an amazing musical entertainment experience.

Steelasophical is a UK based and leading provider of Caribbean Musical Entertainment presented by Gary Trotman. The name ‘Steelasophical’ came to me a dream more than 25 years ago, and when the decision was made to start my own music company, it was the obvious choice!

After many years of performing with a number of steelbands and caribbean soca bands going back to the 1980’s, I came up with the idea of being able to go out as a soloist and entertain.

I needed to find a way to do this that would have the same level of effect as a full sized band, and hence where performing with backing music through a PA system with the steelpan as the voice became the birth and idea around Steelasophical

The last band I performed with as a full time member for more than 6 years was Reading based ‘The New Sound Hurricane Force Band’ where I played steeldrums and then latterly added double keyboards to my duties when the keyboard player in the band left. Playing a Korg M1 and Yamaha DX7 … rhythm and brass parts simultaneously.

The very first booking as a soloist came about quite remarkably. No one at the time understood the concept of Steelasophical which in effect is a cross between a live band and a Dj. I knew the vision, of being able to play any style of music, be professional and compact and fit in anywhere, anytime

I purchased a copy of the Johansens hotel directory, which was a physical publication that contained the details of every luxury hotel in the UK. I had (what was kind of pioneering at the time) full colour business cards, envelopes and a covering letter, and posted out to the general manager of every hotel in the book (hundreds)

It resulted in ONE reply, from Jonathan Raggett, the then general manager of the St Pierre Park Hotel on Guernsey and now Managing Director of the MileStone Hotel, at the time the premier hotel in the Channel Islands. Jonathan requested that I provided for him a 3 piece band to perform for a few days over the Xmas period. It was a great success and popular with the guests.

The next year, Jonathan got in touch and asked if we would come over perform again. This time , the plan was for me to perform solo and for a longer period all over the Xmas period. It also reinforced and started on the foundation on what Steelasophical was gong to be about in future years … a premier high end service.

I was put up in the same high end room as any other guests and free to order what ever I wanted from room service … all meals included throughout the stay. This was a relationship that lasted 6 years, up until JR left the hotel to take up a position in London… but in reality, this was the birth of Steelasophical as a live performing act.

Relationships developed with 4 entertainment agencies which helped take Steelasophical to another level as they very quickly bought into the concept of Steelasophical and many live performances flowed enough for me to take the leap from playing in bands , to going it alone.

Today, Steelasophical still looks to forge small reliable and trusted partnerships, but still self sufficient enough to source more than 90% of bookings directly with end clients. Here are some highlights of achievements over the years. 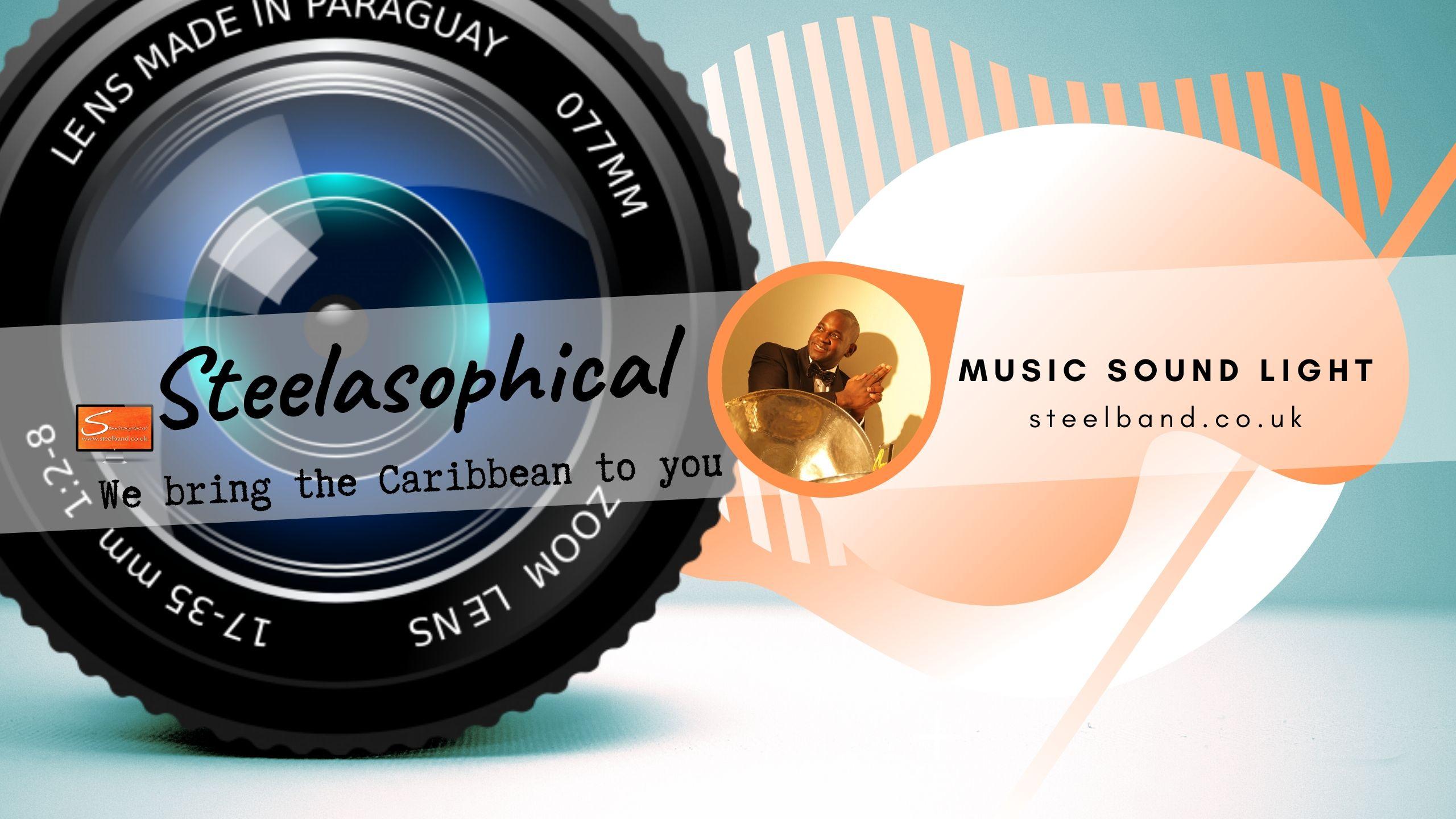 We Bring the Caribbean to you