… UNCHECKED … IT CAN RUIN IT TOO

Came across a thought provoking blog entitled Collaboration is Greater than Competition on the SBO website, and it served as a catalyst for me to do something I had been meaning to do for a while, which was to write an article based on my own personal experiences.

We continue in a very selfless way to network, support, recommend and advise others: As a Dyslexic, Musician, Contracts Manager, Engineering Technician, Marketer, Reiki Practitioner, Spiritual Person, Professional Complainer (I kid you not), someone who constantly questions most things in life and has a thirst for knowledge (I have been told I have a balanced left | right brain) …. I am strong in many areas, have many interests, decent level of skill-sets; and as such, it has always been in my nature to use those skill-sets to want progress in life …. more times than not, by helping others along their journey and being able and open to accept assistance too!

helping to make a +ve difference to other peoples lives

A word of caution however on the topic of ‘complimentary businesses’, (as in any level of relationship), be sure your partner has the same ethos, values, level of integrity and intentions as you.

In the hight of the recession, we found that through reputation, marketing and dam hard work, our diary was as busy as it had ever been. It’s not unusual to comfortably have 4 bookings in two days (I bet that made you think of Tom Jones)

When enquiries came in for dates where we were already booked, we decided the best thing was to selectively recommend others who we judged to be suitable alternative options. I am still amazed that so many people just ignore enquiries and not have the courtesy to send a reply .. even if just to say thank you for considering us, but ……

To that end, we actually set up a secret page on our website (now moved to our blogging site), where we redirected enquirers to view brief details and contact information on other music acts we felt worthy of recommendation.

We always reply to enquiries, even if we cannot help directly

It was only a few months later that we realised the consequence of those actions. To a couple of those suppliers who were at first bemused, yet very happy to receive those enquiries, from which they benefitted hugely, the Green Eye and Thought then turned to ‘what is Gary doing to get so many enquiries and what can we do to get those enquiries instead of him.’

The lengths have been astounding to say the least .. and I want to highlight just 3 (won’t go into others using our music, photos and video to market themselves):

Not happy about our Steelband.co.uk website constantly being in top 3 positions for key words on google, they Spammed our website url using blackhat techniques to damage the site reputation. It took several weeks to source all of those inbound links, request/action their removal and then present our case to goole to get that ban lifted – ironically I have never been a ‘All in one basket eggs there be’ kinda guy (soz for the Yoda speak) – so this did not hurt Steelasophical too much

One of those bands we recommended had actually set up a bogus business listing on google maps within our local area, using the address of a printing company based in an industrial estate within the town, so that anyone searching locally for Steel bands or Caribbean musical entertainment, would see their details along side ours (they are based more than 60 miles away) – not realising they might want to do some Local SEO for that bogus listing to be truly effective!

They seem me walking on water …. and want to tell people I can’t swim

I recall in the ‘ole days’ before websites and the huge presence of the internet, I would receive a phone call or more often than not, a letter in the post asking for information (usually from being found in a publication ad or from a business card). I would type up and print out information/quote, place in an envelope, stick on a stamp and post off the reply, wait for a reply and/or follow up a week or two later.

You had ‘Entertainment Agencies’ – they would advertise in places such as Yellow Pages and the BT phone Directory, would build relationships with venues and almost every act in the country would source the bulk of their work through them!

Nowadays, a client can compose one email, and sent that out to countless numbers of suppliers in one hit, and if a reply to an email sent in the morning is not responded to that same day, a judgement is made on the reliability of that supplier – and in some instances you will be ruled out of the reckoning on that alone.

I know all this because as I do this for a living, (not a weekend hobby or past-time). Our quotes are usually turned around and an immediate further dialog started with the client well within 24 hours – we get to hear about experiences they have had with other suppliers, and in some instances feedback on what others say about Steelasophical .. DON’T USE STEELASOPHICAL BECAUSE …. I make a point of never actively putting someone else down, I can and do highlight why the concept of Steelasophical has advantages over the ‘traditional’ or ‘norm’ thats just standard marketing – but wrongly, maliciously, scandalously looking to smear others is not in my nature .. and never will be!

I am actively sending work their way .. they are actively seeking to do the opposite!

Steelasophical was one of the very first caribbean acts in the UK to use full color double sided business cards and perform solo with professional backing music. It is a skill to be a professional musical entertainer and market yourself ; being a musician is only a fractional part of that! – discussion for another day!!

I hank you for getting back to us so quickly

or more often than not

Thank you for getting back to us at all

Some suppliers still have the old mind-set of sitting waiting for the phone to ring. The concept of marketing is alien, not to mention networking or advertising, and they wonder why others are busy working when they are home of-a-evening watching reality tv, dreaming of what might have been!

Sit and wait for the phone to ring?

Oh … how things have changed

I myself suffered an accident and serious wrist injury that took music away from me for almost 3 years, after having an operation to place a plate and 8 screws in my wrist and years of physio and only a few months after deciding to do music full-time, having spent the previous 25+ years in the Building services industry and leaving a well paid job as a regional contracts manager at Kier.

How did I get my first booking as a soloist? – Purchased a copy of Johansens Luxury Hotel Guide, and wrote a personal letter of introduction to every single hotel general manager in the guide. The result was a great mutaul relationship lasting 6 years at the St Pierre Park Hotel Guernsey, providing music over the festive period to guests, up until the manager Jonathan Raggett left his position. At the time, it was the premier hotel on the island.

How did I get bookings as a soloist when such a thing never really existed before? – I discovered early the power of relationships and found 3 agencies that believed in me and bought into my vision. We worked ‘together’ for more than 15 years! 1st Choice Ents – 1st Class Ent – Mick Urry Ent – Today (as in the last 6 years) >95% of Steelasophical bookings come direct with end client .. in fact, we now actively pass on leads to suppliers, venues and agencies.

They realised the benefits in value for money, entertainment versatility, taking Steeldrums to places where a traditional band would not have been considered, opened up many more avenues for them being able to supply something unique and enhancing to augment any event

How did I get my first recording contract?– Went to the world music section in Virgin Music Piccadilly, and made a note of every music company listed on the rear of the recordings. I then sent a demo ‘tape’ to all of them. A reply from ARC music resulted in a working relationship that has seen Steelasophical music hold premium price in the marketplace and still continues to outsell most other titles in the genre over the last 12 year period!

There have been some amazing highs along my musical life journey – a recording contract with world music label ARC Music, allowing Steelasophical Caribbean Steeldrum albums to reach a world audience, winning musical entertainment performance on Come dine with me, an episode that attracts endless re-runs, and even having one of my songs used in the James Bond movie Casino Royale

I love what I do with a passion … undeterred, I will continue to network and build relationships as there are so many amazing people out there: venues, photographers, planners, caterers, entertainers, marketers, dj’s and industry professionals – even more amazing is that every one of them have a story to tell and experiences to share! – and to top it all of, the people who’s lives we get to touch through the power of our music, performance and words … the client!

I urge you to also continue to carry out all due-diligence, not allow doubters, enviers and haters to influence things too much. There is nothing wrong in giving honestly and freely and expect nothing in return …. leave it to Karma to sort out those who look to do you harm! 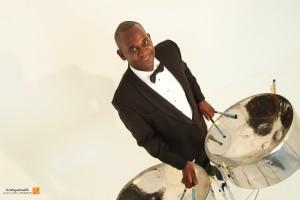